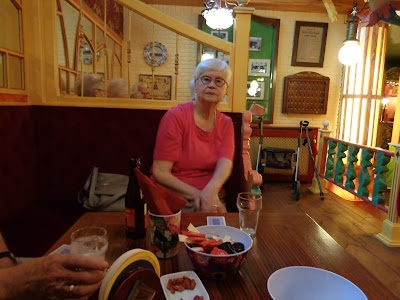 Every year an enthusiastic group of volunteers in our churches organizes an interesting and pleasant day out for the senior members of the congregation, which is not at all an easy job. The thing is: they are all more or less having difficulty walking, which gets worse the older they grow, and finding the right places for a trip causes some racking of one's brains. But ....the organizers are inventive people and found this museum.

Our wonderful organizers have found a great solution which doesn’t need a lot of walking: the Kermis Museum! A kermis is a fair, and a fair was always popular with the young ones, many of them found a partner at a “kermis”.This visit was a great and excellent choice, for there was also a possibility to stay indoors and avoid a wet suit in case of rain. 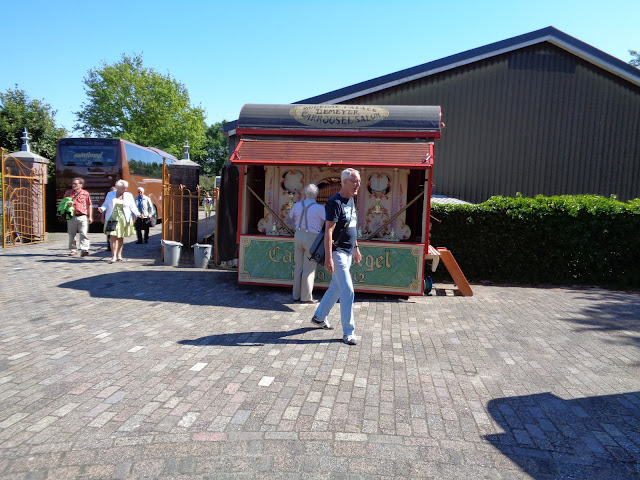 Fortunately the weather was more than wonderful. This was on 8th May, 2018.

Food and drink were available in abundance., even candy floss was there. The museum was very colourful and in a way very cosy. The visitors were all elated and having great fun. 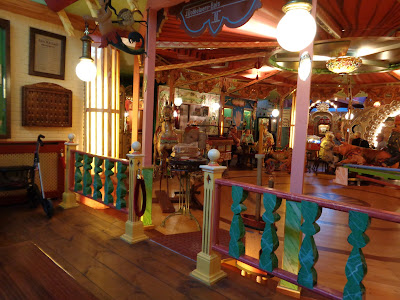 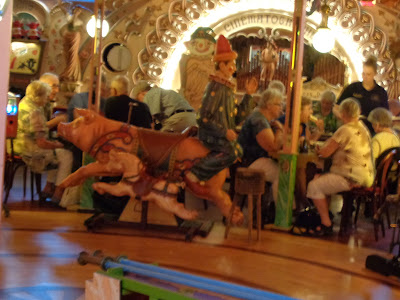 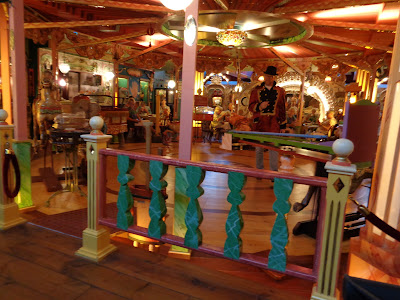 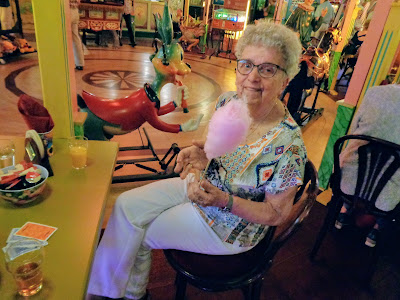 A good friend of mine is a sweet lady hence the candy floss.

Happy Mothers Day, Wil! Glad to see how your group was "out and about" and having fun together.

It's great when communities or churches make special efforts for their honored (senior) citizens! This Fair looks like so much fun ... I would actually like to ride on that carousel. (I like the pig!)..... And any excuse to eat something different is welcome -- esecially with good friends!