ABC Wednesday, A for Absurdities 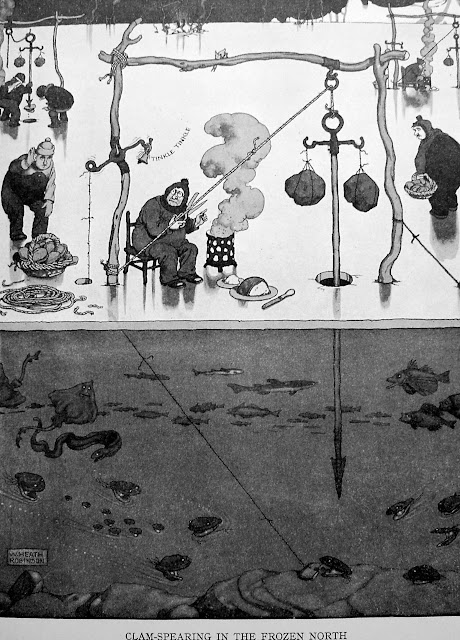 We are arrived at a new round and starting with A.
These drawings are all made by Heath Robinson

William Heath Robinson (31 May 1872 – 13 September 1944) was an English cartoonist and illustrator best known for drawings of ridiculously complicated machines for achieving simple objectives.[1]
In the U.K., the term "Heath Robinson" entered the language during the 1914–1918 First World War as a description of any unnecessarily complex and implausible contrivance, much as "Rube Goldberg machines" came to be used in the U.S. from the 1920s onwards as a term for similar efforts. "Heath Robinson contraption" is perhaps more often used in relation to temporary fixes using ingenuity and whatever is to hand, often string and tape, or unlikely cannibalisations. Its continuing popularity was undoubtedly linked to Second World War Britain's shortages and the need to "make do and mend". 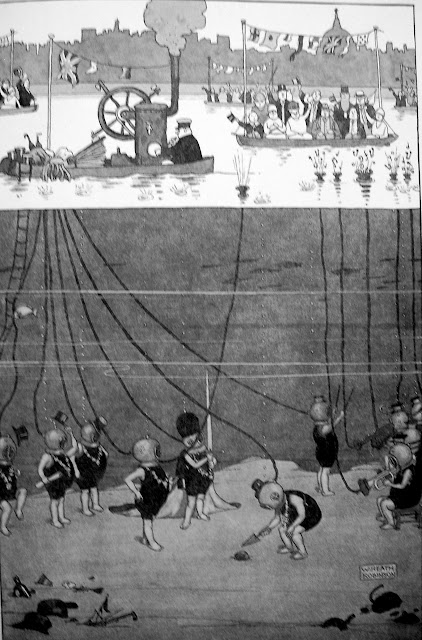 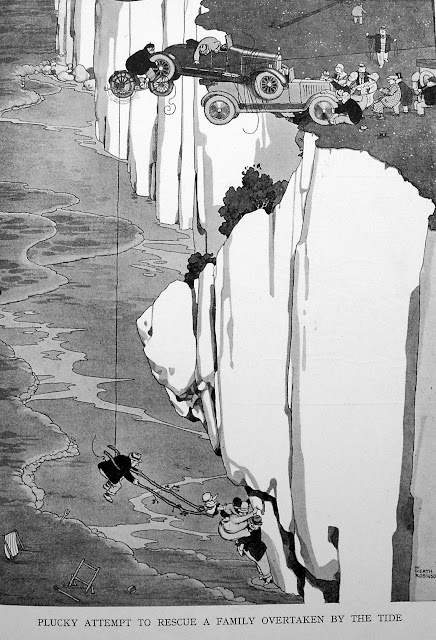 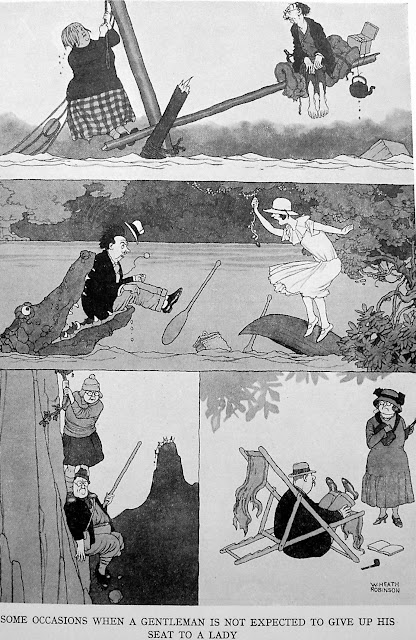 With thanks to Denise Nesbitt, who created the ABC mee.For more interesting ABC posts click on the logo in the sidebar . This week we are looking for words beginning with A and then we will have begun Round Eighteen

Thank you for those Heath Robinson drawings - the really made me smile on a cold and wet afternoon :)

I had never heard of him before but these drawings are so incredible! So detailed and funny! Hope you're feeling better and will soon be home and bouncing around again.

such interesting images for your word for the letter 'a'!

Great post - would be most appreciated by 'rednecks' who in this country make do efficiently with whatever is available.

How fun!
I thought Rube Goldberg when I began reading your post.
Great illustrations.

Creative post for A ~ rather unique in a way ~

Thank you so much for all those Absurdities ....

Those really are absurd -- and they really made me laugh (as they are meant to do)! I have always liked absurd poems (like by Edward Lear, Ogden Nash) but I had never really thought about absurd illustrations like these. I would not want those gentlement to give up their seats for me -- especially the one being eaten by the alligator ;>)

Wonderful post! These kinds of illustrations really made me wonder about the world when I was a child, still love them!

Great pictures :-D
have a nice day
OT: my blog adress is: http://vnnb.nl

Reminds me of all those cartoons with Popeye ect. who could do anything!!!!
Ann

I've never heard of this artist. Love his drawings!

Coloring Outside the Lines said...

I don't know this artist, but I do like his drawings. I hope to catch back up for ABC Wed next week. I am mad at myself for missing A.

Haven't heard of this artist but enjoye the illustrations particularly the last one.

I have not seen these drawings. Wonder if they catch fish this way.

Enjoyed these illustrations and the last one is the best!!!

The third one has my vote:):) Hope your healing of of your wrist is progessing?