Almost every year around Christmas I get one or more calenders.This year my eldest daughter made me one, which was a lovely surprise. She is a technical designer, who has to draw machinery and engines for an American factory. Last year they made a huge engine for New York for recycling all kind of plastic of the whole city. But in her spare time she draws illustrations for among other things, calenders. One of them is the one my daughter made. 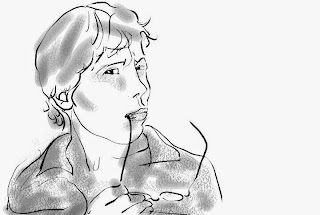 A number of prehistoric structures have been proposed as having had the purpose of timekeeping (typically keeping track of the course of the solar year). This includes many megalithic structures, and reconstructed arrangements going back far into the Neolithic period.

A mesolithic arrangement of twelve pits and an arc found in Warren Field, Aberdeenshire, Scotland, dated to roughly 10,000 years ago, has been described as a lunar calendar and dubbed the "world's oldest known calendar" in 2013 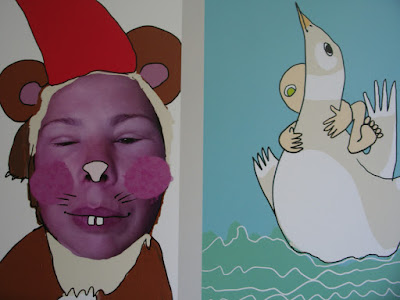 Most of the oldest calendars were lunar calendars, based on the time interval from one new moon to the next—a so-called lunation. But even in a warm climate there are annual events that pay no attention to the phases of the Moon. In some areas it was a rainy season; in Egypt it was the annual flooding of the Nile River. The calendar had to account for these yearly events as well. 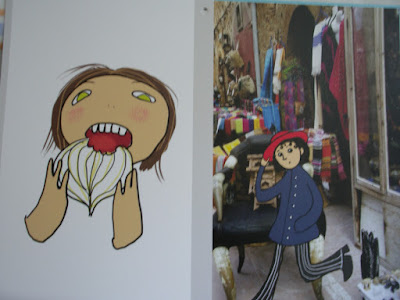 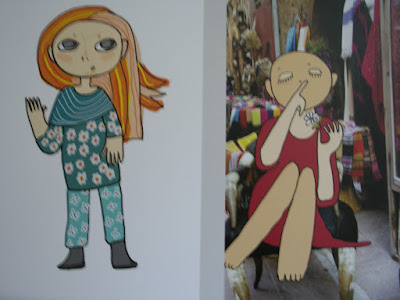 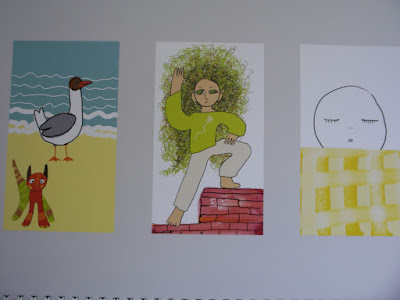 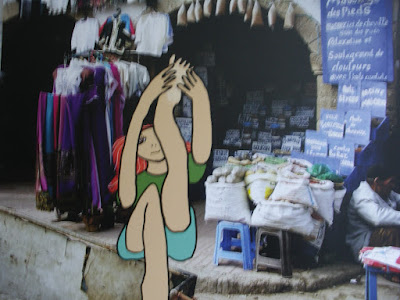 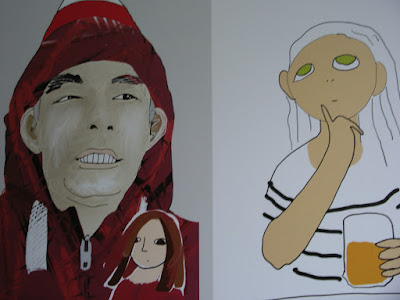 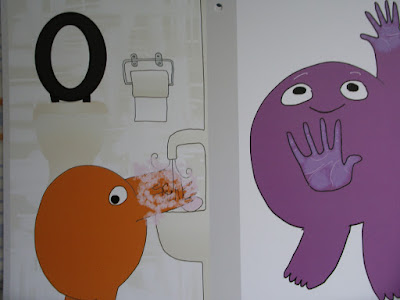 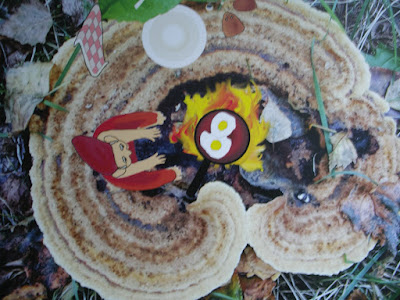 With thanks to Denise Nesbitt, who created the ABC meme.For more interesting ABC posts click on the logo in the sidebar . This week we are looking for words beginning with C and then we will have begun Round Eighteen 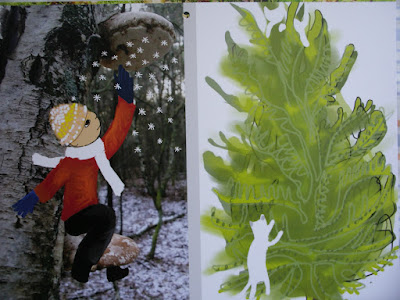 What a very interesting post, Wil, - interesting and very creative and attractive. Love your daughter's calendar, - you must have been delighted with it.

This is so much fun! Love the illustrations! Hope you're feeling much better - are you home yet?

Lovely drawnings of your daughter... and so funny pictures (most the cat in the last)
Greetings from Germany

;-) Waar zouden we zijn zonder he?

I usually try to make a calendar but this year we were too busy to make one. Tsk.

Fascinating illustrations and the sketches of your daughter are wonderful.

How nice to have your daughter's artwork in a calendar. I really depend on my calendars.

Wil- glad to see you still participating. This is a lovely memento.

What does your daughter that made really cool :)
Have a nice day
my site is: http://vnnb.nl

I love getting personalized calendars--such a wonderful keeper. Your daughters work is outstanding.
ann

The illustrations are wonderful; what a great gift. I always learn so much visiting here. Thank you!

I couldn't get by without my little pocket calendar. It's so much easier for me to use than my phone one. Love the cute little rock mouse. - Margy

Ah, what a wonderful calendar it is indeed and a terrific gift!! Thank you, as always, Wil, for sharing!! I hope you're enjoying a lovely weekend!!

I like the last of the cat against the tree

Coloring Outside the Lines said...

Your daughter is very talented! I like her drawings. Have a lovely weekend!

Quite creative!
By the way How are you feeling now?