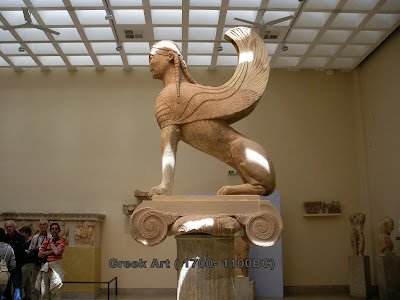 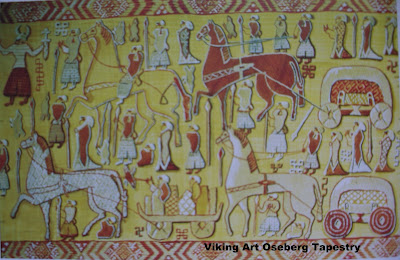 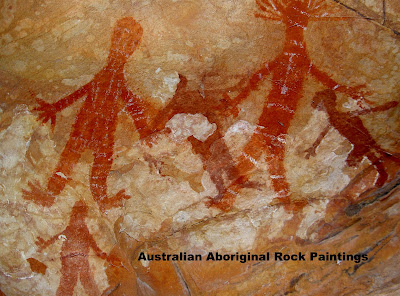 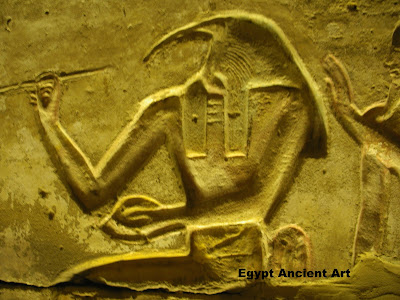 Not so long ago a friend of mine rang me up and we started a conversation about culture. Where does the culture of people start? Does it start when a group of people is going to use written language and write books? We came to the conclusion that culture starts with the prehistoric storytellers, who laid the foundations for religion, philosophy and all kind of art forms, related first to legends, religions and daily life. The Celts and the Vikings had hardly any written literature, but that doesn't mean that they had no culture. They had a highly developed way of expressing themselves in paintings, woodcarving, jewelry, music, dance...The Australian Aborigines had no written proof of their culture either, but they had their storytellers. They created images in words, and in cave drawings each with a very important message. Their rituals are incomprehensible to Europeans, unless one of their elders explains them to us. The sound of clapsticks, bullroarer and digeridoo is unknown to many Europeans and Americans.
I believe that culture also depends on the living conditions of people. People who live in deserts live in tents, they are often nomads. Their food consists of what they find in the desert.
In the arctic regions, where there are no woods, people build their houses of ice. They eat fish and seals. Their clothes are made of skins or testines of fish.

Culture is a combination of living conditions, depending on environment, intelligence,ingenuity and creativity. Survival is the main goal. Food, housing and clothing are the first necessities. Communication is becoming more and more important to fill all those needs. Sounds and gestures are not enough, therefore language comes into being and customs arise. Then when a community is getting well organized, creativity can be used to create art. Language is now also used to amuse and teach people. Music and language together are even better means to tell stories and help to remember facts and legends. Language is now written down; first in stone or clay tablets, later paper is used. Housing is now not only used for accomodation, but people like to build beautiful dwellings, and so architecture becomes a new art form. Clothes are going to be designed not only to keep one's body covered and warm, but to become more attractive and colourful.

With thanks to Denise Nesbitt, who created ABC.We started a new round of the fascinating meme of ABC. For more interesting ABC posts click on the logo in the sidebar or Here. This week we are looking for words beginning with C.
Posted by Reader Wil at 8/03/2010

Yep. Living conditions plays an important part And we change ourselves that best suits to the environment for our own benefit but that was years ago. Now-a-days global warming is an issue And maybe we haven't in few last years adopted correct measures that suits conditions. Maybe earlier we were non-materialistic And now-a-days just reverse.

Reader Wil, As always you have such interesting subjects to share with us. I can see you put a lot of time and thought into your post today. I always enjoy learning new things, and I know when I visit you, I always do.

loved it,
culture is fun to learn!

Great take on the alphabet C, so well explained with the beautiful shots.

What an interesting and thoughtful post and great shots for the letter C and for culture.

You should be a teacher because you bring things so alive! Wonderful subject and fabulous photos!

Terrific and informative post as always, Wil, and I always learn something and that's always good! Marvelous photos! Have a great week!

Interesting subject! I've talked about this with a friend a while ago, too, and e both think that language plays a big part in culture. My friend is partly deaf and studied sign language and it's interesting that the deaf have developed their own (sub)culture in many countries, strongly influebced by the fact that they speak their own language.
I love the photo of the sphinx!

This reminds me of a conversation I had just yesterday with my husband about our experience with "humanities" in college, oh so many years ago. Art is one path to understand the culture - story telling is another. I think one of the key words in your post is "ritual." When we practice rituals on a daily, or at least a regular, basis, it becomes part of our culture.

A really interesting movie that was playing recently here in the States is "Babies" - a documentary of 4 infants from birth to walking stage in different parts of the world. The cultural differences were quite enlightening. Thanks for writing such a thought provoking post!

Culture is so important to any society, and i agree, it goes way back to the old storyteller.

Culture is indeed very important to all societies.. well said!

Fascinating post Reader Wil. You always get me thinking.

Interesting thoughts! And how elegant that sphinx is!

What an interesting and insightful post! Beautiful photos, - thank you for sharing...

Interesting discussion. Some years ago I studied anthropology and definitions of culture were part of the course. This was a good revision!

Your words and pictures are such a nice summary of human culture development.

Culture sure is a big complex thing, and this was such an interesting post.
I have learned a few new thing, and that´s always welcome!

What an interesting entry of yours. Thank you for teaching me something I did not know before - and I see you found an amazing Shpinx. Please have a good Wednesday.

The older ways of story telling are so much more intriguing than iPhones, email, and texting. The photos and your description of culture are perfect.

Interesting the comments you make upon the culture of the Australian indigenous peoples. I recently had the opportunity to stand in front of ancient aboriginal paintings in and around the Kimberleys in the north of Western Australia. My guide was not indigenous, but an anglo-Australian. The heartfelt telling of the meaning of the paintings brought me a deeper understanding of this ancient culture and the significence of it to our present age.

I am so pleased to have read your post this morning and I thank you for it.

Wow ~~ What a wonderful lesson. You are a excellent teacher... I learned a lot.

Some of my students are doing Ancient Egypt, and last week, I taught them to make a talking pyramid, and they had fun.

A very interesting and thought-provoking post. We have recently had archeaologists on our farm land and this post reminds me of them.

When you are over in QLD next you could do worse than trip through the Kimberleys. I went with a company called Outback Spirit who run lots of trips with 26 max people and the average age would be about 65 I should think. On my tour the oldest was about 75 and the youngest about 55. I thoroughly enjoyed it and was astounded how much I did not know and how wrong my assumptions had been.

What an interesting post. What is a bit sad is that a lot of us in the states are mongrels of very mixed heritages. Sad only in that original cultures are being lost, but delightful in that new cultures are being formed.
Thought provoking post, thanks.

At sometime in my college education the topic of what culture and civilisation are, came up. According to that definition, 'cultures' have spoken languages and cafts etc, whereas 'civilasations' have written languages. I don't know if I fully agree with the sorting of groups of people with the same common knowledge into either 'civilasations' or mere 'cultures', but this says somethinga about how academic studies like history or anthropology rank different cultures.

Great choice of C-words! Hopelessly difficult though! But very interesting to think about!

An interesting post! Having seen many drawings on stones and walls I've always thought that's where a culture began. Enjoyed reading this!

Very nice post, Wil. I enjoyed reading it. I also think a person's culture depends on what family he or she is born into. The cultures you described so well are all different but religion in each is also different and the beliefs associated with the religion is what makes some people so hateful and others do grateful. Don't you agree?

It is such an interesting question of what is culture. In China, it is such a big blending pot that so many different ethnic groups has been mixing for so long. On the other hand,just cross over to Japan, Korea or Vietnam. It is a different culture and country. We cn do human genetics this days to see how people migrates, but it does not tell us how people keep their culture and culturally differentiate from each other.

Loved this post! I think culture is so important to teach our children... You can never get enough of learning, and it turns one's ife so richer. Thanks for this food for thought1 :o)

I can't tell you how excited I was to read your post! Half of my ancestors came from Norway, "Trondheim" I believe and I've always been fascinated with the history esp. the spiritual aspects and the passing on of the cultural aspects. Maybe you'll do "S" is for "Saame"? Would love that. Thank you so much for this great post.

Oh, I agree - you don't need language to have a rich culture, you only have to look at rock art to see that!

I love the example pictures. :)

Thanks for sharing all of this interesting information. Also love the photos. Hope you've been well. I just don't seem to make it around to all of my favorite blogs like I use to. I also spend a little time at Facebook, and I love to play the games on the computer, when I have the time. Take care and stay well.

I agree with you, Wil. People used whatever they had available to enrich their culture and to leave a record of it. It's fascinating to learn about each culture.