Thanks to mrs. Nesbitt for this interesting meme that we started 10 years ago.I am very grateful for being able to participate in ABC on Wednesday. I learned a lot by reading your posts. We have now arrived at Z, which I dedicate at the sculptor Zadkine. And I best do that by what Wikipedia me teaches. 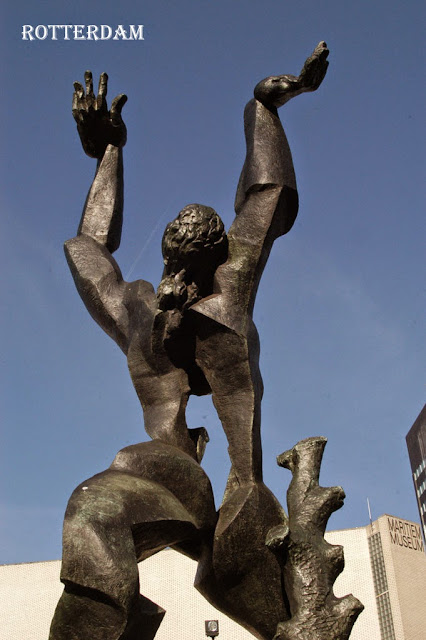 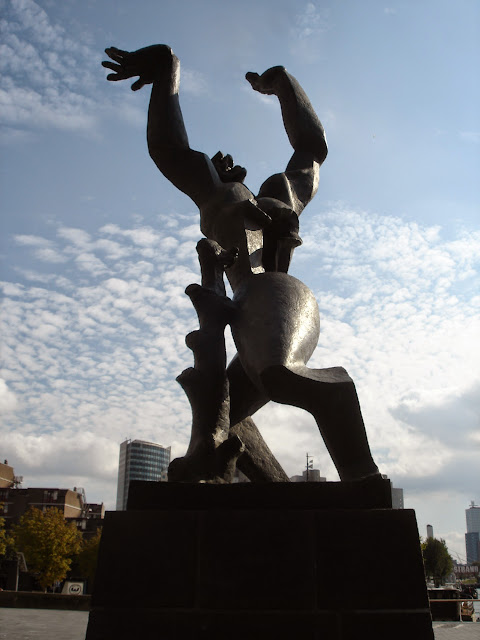 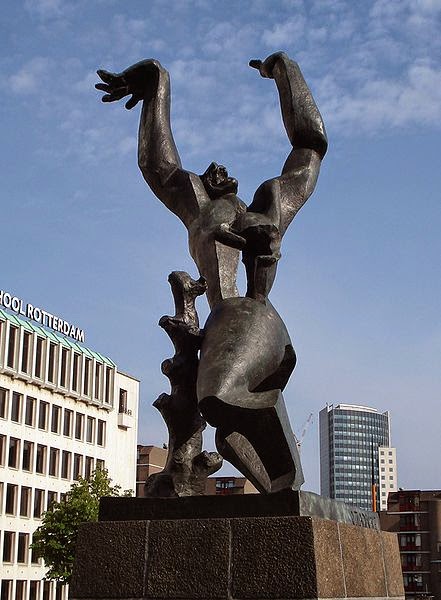 Russian sculptor, painter and graphic artist, Zadkine settled in Paris in 1910 and became an avant garde artist and a major figure in the Ecole de Paris. Although his sculpture was influenced by both Auguste Rodin (1840-1917) as well as Cubism and its sister movement of modern art, Futurism, his main concern was with dramatically expressive shapes and forms: notably his characteristic use of concave contours and hollows.

His best-known work is his public monument The Destroyed City (1953, Rotterdam city centre), an expressionist statue widely regarded as one of the masterpieces of modern semi-abstract sculpture. Zadkine created this statue in honour of the citizens of Rotterdam, who had seen their city bombed in the first days of May 1940. We see it as a scream to Heaven

Yeah, I've screamed to the heavens of late.

A powerful statue with a very emotional title.
Thanks for sharing it with us.

Last time we were in Rotterdam, we were looking with our friends for Zadkine's sculpture, but couldn't find it!I love his bold shapes here! The latest situation with Israel is making me scream to heaven:) All the best to you for this New Year, Wil!

Well, this is different, Wil. I am ambivalent..it doesn't appeal to me at first sight but perhaps when it becomes more familiar?

What a beautiful sculptor and photos of the sculptures ~ for Z ~very informative too.

Wishing you a Happy and Healthy New Year ~ ^_^

Wow! LOVE this post. I'd never heard of him or the statue honouring citizens of Rotterdam! That is one powerful piece of art. Thanks for sharing, Wil.

I am not into sculpture. John Gap must be very good.

Zadkine was such a great artist and produced so much – in addition to sculptures he also did thousands of drawings, water color paintings, tapestries and he also wrote poems to go along his sculptures. What a prodigious output. There is a museum in Paris called Le Musée Zadkine I think in the 6th Quarter.